Paul is an upper-class young man who is about to start out at a private college. He has chosen to live with two new roommates instead of living with his girlfriend, Agnes. As a result of this, he gets little time to see her. Agnes starts to find cracks in their relationship when she suspects Paul’s attraction to his new roommate, the aristocratic Louis-Arnault. Paul falsely denies any homosexual attraction, but the wily Agnes decides to make a bet with him: whichever of them beds Louis-Arnault first, wins. If she does, Paul must stop exploring his sexuality, if he does, she will leave him. In between this bet, Paul meets Mecir, a young Arab worker who becomes besotted with him. With Mecir, Paul goes on a journey of discovery that teaches him that there is more to life than barriers of class, cultural differences and sexuality. 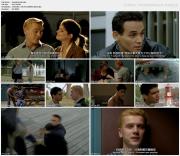