Story 2: QUATTRO [33 mins]
Directed by: Enrico Bernard
Quattro is the story of two men who go to the red light district in search of something different. Enzo winds up with an alluring transsexual street walker [Wesly DaVinci]. Peppe picks up Nicole, a very sexy uninhibited hooker at a bar and they get a hotel room. Brand new experiences ensue as four people enjoy one night of wild passion and experimentation.

Story 3: BLESSED TRANSGRESSION [36mins]
Directed by: Massimo Di Felice
Bendetta Trasgressione is the story of a man who runs into his ex-wife [Sonia Topazio] in public. She is looking hot, and he admits that when they were married, he fantasized about watching her being double penetrated by two guys. That sounds like her idea of fun, so she picks up two more guys, and takes all three home. 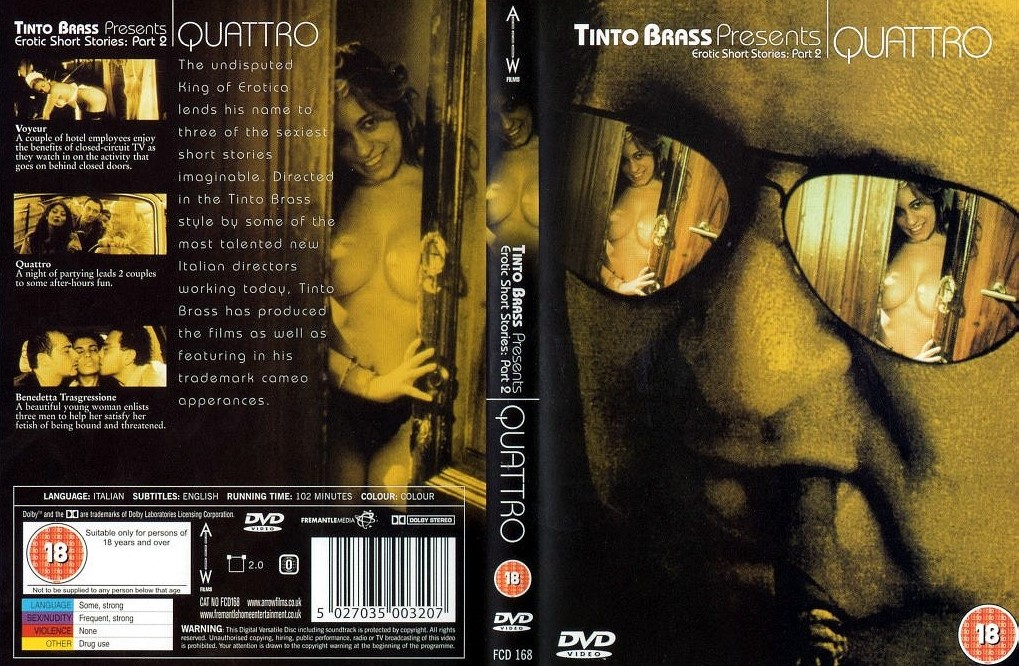