JULIA [60 mins]
Concerns a young, free-spirited dance student. When everyone in her class except her is told they are going to Rome to perform, she is not happy. She vows she will also go. Next stop is her drama coach, who makes some pretext to get her naked and tries the old casting couch routine. She tells him tomorrow night will be his lucky one, and to meet her at an address. The address ends up being a live sex show where she is the star. She invites her drama coach to participate, but he chickens out. After the show, we cut to the next morning, where she wakes up in bed with her girlfriend. It is there that she learns why she is not scheduled for Rome. Her sex show partner is also sleeping with her male dance instructor. She visits them, screws her sex partner, and somehow insures her trip to Rome.
I AM THE WAY YOU WANT ME [24 mins]
I am the Way You Want Me is a solo performance by Fiorella Rubino. She is in a bathroom, and is following her master’s instructions, which include polishing her nails, trimming her bush with a straight razor, putting on a wet white shirt, kneeling under the running shower, licking milk from a plate, and sticking two fingers in her pussy and two in her ass. I have no problem with any of that. but would love to know how someone figures out that is what will turn them on. Fiorella Rubino shows everything in this performance.
A MAGIC MIRROR [23 mins]
A Magic Mirror tells the story of a narcissistic husband and his long-suffering young wife. They have moved into a new apartment. She is unpacking, and he his lounging in the bath, and requiring her to wait on him hand and foot. When his brother comes over to deliver a new wall mirror, he talks the brother into mounting it on the wall. The brother makes a pass at the young wife, as he has secretly wanted to do for years, and she tells him to return when hubby leaves. The girl is played by Loredana Cannata, who shows breasts and buns.
DVD5 | VIDEO_TS | PAL 4:3 (720×576) | 5000Kbps | 107Mins | 4.05GB 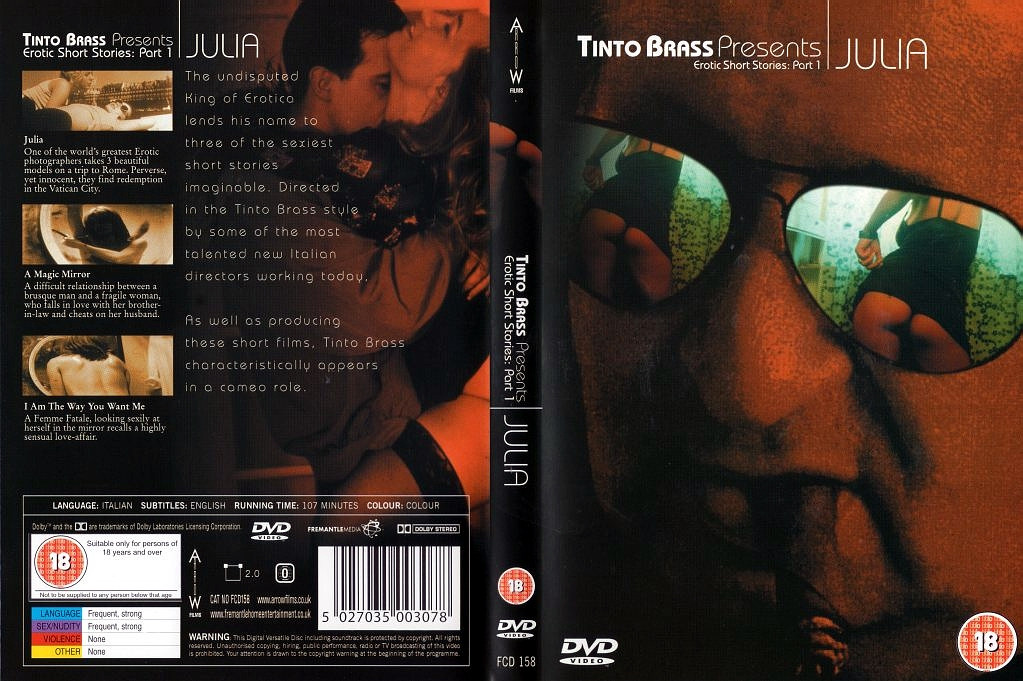